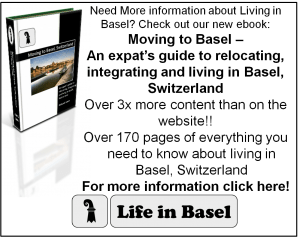 For employees coming from the EU-8 countries (Estonia, Latvia, Lithuania, Poland, Slovakia, Slovenia, the Czech Republic, and Hungary) EU-2 countries(Bulgaria and Romania) and third countries, there is a pre-specified quota of permits for qualified applicants allocated by the Canton every year.

Types of Permits: A quick overview

Short-term residents are foreign nationals planning to live and work in Switzerland for a limited period of time, usually less than a year. Generally, people coming from the EU/EFTA countries or third countries can be granted a short-term residence L-permit for a stay of up to one year. For those coming from third countries, there are a fixed number of these permits available. The duration of the permit will match the length of the work contract. Rarely, this permit can be extended up to two years, provided the holder works for the same employer over this period of time.

Trainees and students are generally granted short-term residence permits. The period of validity of the permit is limited to one year but can be extended by another six months in exceptional cases.

Foreign nationals who will live in Switzerland for a longer period of time than a year generally receive a B-permit. When the permit is granted for the first time, it is limited to one year, but after that can be valid for longer periods of time. There is a limited number of B-permits available for people from EU-8, EU-2 and third countries. B-permits are normally renewed without issue at the end of their validity, if the holder is still employed, but there are specific conditions that can prevent renewal, like criminal offences or abuse of social systems, so stay out of trouble!

Residents who have lived in Switzerland, for either 5 or 10 years, can be granted a C-type settlement permit. Generally, third-country nationals will only be given a settlement permit after ten years of uninterrupted residence in Switzerland, but they are not legally entitled to this. People working in Basel, who hold a C-permit can choose their employers, and are no longer taxed at source.

Many people choose to live across the border, in France or Germany, and commute to work in Basel. Cross-border commuter treaties exist between Switzerland, France and Germany. Cross-border commuters are obliged to return to their main place of residence at least once a week. Third-country nationals will only be given a cross-border commuter G-permit, if they have a permanent residence permit in a neighboring country. They also need to have had their residence in the neighboring country’s border zone for at least six months and fulfill the labor market requirements. G-permits are usually valid for one year, and are limited to the border zone of the issuing canton. Third-country border commuters require permission to change jobs or occupations.

Family members such as spouses, children and grandchildren under 21 years old, and parents or grandparents who are dependent on the worker can be granted a family permit, even if they are non-EU/EFTA nationals, but live in an EU/EFTA country. These permits are only valid for a long as the duration of the employees’ contract. Family members can also work, but they need to notify the cantonal authorities before doing so.

There are other permit types for those seeking asylum or protection from prosecution.  Further details of all the permit types can be found on the Swiss Federal office for Migration site. Generally the process of getting a residence permit in Basel, will be facilitated by your employer or school, so obtaining one of these is not something you need to spend much time worrying about. Focus on finding a good job in Basel, and getting your residence permit is unlikely to be an issue.

Here is a good page that can give you answers to Frequently Asked Questions regarding residence permits.

3 thoughts on “Residence and work permits in Basel”